More than ever before
Rahman Mohamed
Updated 5 March 2017

Prejudice: judgement based on a single aspect; considering someone to act and behave in a certain way because of a certain quality. Discrimination: dividing a group of people into multiple groups using prejudice.  Ableism: creating an us and them using disability, a prejudgement of persons with disability second-class to “normal” people or people without a visible disability is a relatively new form of discrimination.  North America has battled discrimination since the landing of the Europeans.  Aboriginals, Indigenous persons, Inuit, and others were classified as second-class.  Although it as made strong gains in attempts to silence discrimination it is still alive in North America, both within society and among social leaders in Canada and United States.When the Europeans first landed they were more technologically advanced than the Indigenous/Aboriginals or Native Americans.  With this they were able to subdue them and recreate North America on their own terms.  While this was being done the Natives were seen as second-class.

Early North American history, from the time of the Europeans, is littered with battles with indigenous North American tribes.  Many were settled with treaties.  Natives were promised parcels of land in exchange for an end to the battles and arguments.  Today there is great effort to enforce treaties and bring Indigenous persons in line with the status quo.

Across Canada and the United States February is marked annually as Black History Month.  The month of February is used to celebrate the past achievements of persons in North America with an African or Caribbean heritage (black skin colour).  For decades their rights  were unrecognized worldwide.  Although the purpose of Black History month is to acknowledge this and repair past insults some consider it a form of discrimination, isolating a group of people based on a difference of skin colour/heritage or racism.

The greatest form of discrimination alive in North America is religious discrimination: prejudgement based on a person’s religion.

Most societies today classify anti-Semitism as hate speech.  It is reprimanded by society and the speaker is negatively viewed.  In many nations Anti-Semitic hate speech is punishable by law.

Anti-Semitism has been viewed as shrinking.  Although many still have thoughts and beliefs based on anti-Semitic values, fewer people outwardly express discrimination and prejudice against persons based on Judaism.  As a shrinking expression, a person who uses it is viewed more negatively than before; they are more strongly condemned.  Recently in North America graveyards of Jews have been vandalised and Jewish persons have been threatened 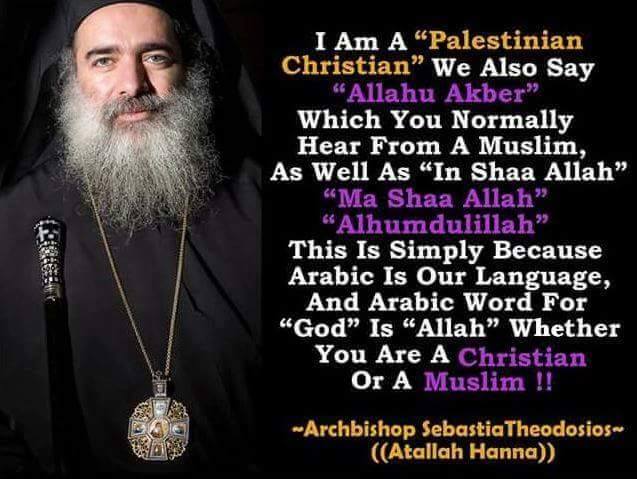 Islam is considered by academics to be an Abrahamic religion.  It associates itself as “People of the book”, grouped with Judaism and Christianity; Islam is considered a religion guided by a revelation from God.  It is classified a monotheistic religion, a religion that believes in a single God; Allah is the Arabic term used to name God.  It is an Arabic term defined as “The Divinity” in English.  Muslims declare that they acknowledge the existence of the same God as Christianity and Judaism; they are often separated because of their use of Arabic (Allah) regardless of their present societal language in reference to the Supreme instead of God.

Post-9/11 views of Islam as a terrorist religion have grown.  Islam was viewed negatively prior based on activities in Pakistan, Palestine, and violence in other geographies that home Muslim majorities.  Based on Al-Qaeda, Taliban, ISIS/ISIL/DAESH and Boko Haram prejudice against Muslims is growing at an unprecedented level.

On Friday, January 27, one week after being inaugurated as President of the United States of America, President Donald Trump was reported to sign an order banning persons from seven countries home to Muslim minorities.  It has received reaction around the world.  Twitter has seen an extreme response condemning the ban.  This includes condemnation from locals and world leaders.  It was than frozen by the Supreme Court

He has not mentioned President Trump in his Tweets but Canadian Prime Minister Justin Trudeau has expressed support for refugees and immigrants and support regardless of faith, in both English and French.

To those fleeing persecution, terror & war, Canadians will welcome you, regardless of your faith. Diversity is our strength #WelcomeToCanada

On January 29 The Independent reported that in response to President Trump’s ban German Chancellor Angela Merkel said, to combat terrorism, it is “not justified to put people from a specific background or faith under general suspicion”.  At the same time The Sydney Morning Herald, The Washington Post, Daily News (New York), Maclean’s, reported that the countries whose citizens were not banned were nations in which there was a Trump Tower.

The Charter of Rights and Freedoms, a document of the Canadian constitution that is admired and held with pride by Canadians from coast to coast to coast.  Section 2 guarantees that

Everyone has the following fundamental freedoms:

President Donald Trump is associated with extreme discrimination.  Since his executive order of banning persons from 7 countries with majority Muslim populations he has been labelled as expressing Islamophobia – fear of the religion of Islam.

In his speech to joint members of Congress on February 28 he used a different voice.  Unlike his predecessors President Trump has used the words “radical Islamic terrorism”; his predecessors used “Islamic terrorism” discriminating all Muslims as being terrorists.  The term “radical Islamic terrorism” identifies as a minority of Muslims, radicals, as terrorists, but affirms that all terrorists associate themselves with Islam.  He acknowledged that DAESH was attacking Muslims, not just non-Muslims and that America must work with its “allies in the Muslim world”.  Later he refrained from signing a revised bill banning persons from select Muslim majority countries.

We want harmony and stability, not war and conflict. We want peace, wherever peace can be found. #JointAddress #AmericanSpirit

We are one people, with one destiny.

We all bleed the same blood.

We all salute the same flag.

And we are all made by the same God.

‘Immigration Ban Is One Of Trump’s Most Popular Orders So Far’ pic.twitter.com/wAelwuQ4BE

Some have said that the President is showing a new side and adapting to the world.  Others have said he is playing to upgrade his popularity with people.

Recently, in both the United States and Canada there have been threats on schools of bombings and attacks on Muslims.  Canada has faced multiple attacks on Islamic Centres, what have been classified as hate crimes; these include arson and shootings.

Today some take active stances: creating civil groups and speaking in public.  Sites such as Scholarly Islam have been created.  Recently it published How Violent are Muslims?  The Numbers Reveal a Disturbing Truth, an examination of attacks by terrorists and regions.  Others use social media – Twitter and Facebook; sharing articles, personal experience and opinions there are debates and discussions of discrimination.

Others are taking a step towards fighting discrimination before they have expressed it.
In Kentucky, United States two best friends decided to get haircuts that were the same so they could fool the teacher because they look alike.  With large smiles, white teeth, similar size eyebrows and ears, and the same haircut, the only difference is the colour of their skin.  Rather than discriminating – expressing a division based on the colour of their skin by saying it would be impossible to fool the teacher, they embraced their similarities and decided to use them to their profit, help two young boys prank a teacher.  The story has been reported worldwide.

Urban centres in North America today are exposed to more diversity than ever before. There is a great amount of discrimination.  At the same time, from exposure to diversity young children have accepted but at times embraced differences – using them to their advantage rather than discriminating.  Urban comedians use race in their career – they joke about people of their own skin colour and ethnic background and anecdotes of friends.  Young people who grow up colour blind – see the difference but ignore them, focusing more on the similarities (they both play with Lego and enjoy soccer).

Millennials today are described as the least discriminatory.  Being the first to have grown up with extreme exposure to internet and introduced to worldwide diversity at an early age they have more readily accepted it.  As the trend continues there is hope that the time of no discrimination is closer than ever before.